The hardest step toward success is the first one.  After that, it is the second.  It is a matter of discipline and consistency, as Denzel Washington likes to say.  What happens when you accomplish one of the goals you set forth to do?  You get endorphins to run through your body and give a sense of “high”.  What is our typical response to this feeling?  We relax and/or treat ourselves.  We accomplish the goal and then play video games, or take a nap or eat that dessert.  We don’t follow through.  We can’t expect results to just happen after we have accomplished one of our many goals.  We have to ride the momentum and continue knocking out goals.

If you went to the gym for the first time this week, then that’s great! Be happy that you went, but don’t be satisfied.  If you went 5 days in a week, then great!  But don’t slack off the next week because you accomplished ONE goal in a week.  Apply discipline and consistency, then continue riding the momentum of accomplishing goals to get your next goal done.

If someone is running a marathon and after the first mile their time is 8 minutes, do you think they slow down because they ran a good first mile?  Absolutely not!  They will either try to maintain that pace or they push themselves even harder because there are another 25 miles to go.  They don’t reward themselves until they are done with the marathon. 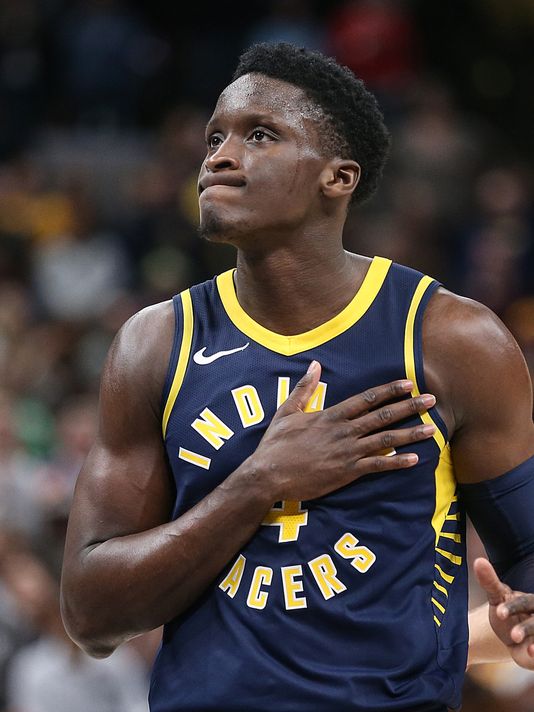 Some of you may know who Victor Oladipo is.  He is an NBA Player who plays for the Indiana Pacers  and won the award for Most Improved Player.  He lost a close game 7 in the first round of the playoffs to the Cleveland Cavaliers and within 15 minutes, he messaged his trainer asking when they can begin training again.  He didn’t pout from the loss, he didn’t bask in the glory of making it as far as he did.  He was happy where he was, but he was not satisfied.  He wanted to ride the momentum and push to the next set of goals that he had.  That’s the mindset we all need to have.  Push through and we will reap the rewards at a later time.  Struggle now, so you don’t have to in the future.

Self-reflect on when you reward yourself and how.  Are you maximizing your momentum and accomplishing all that you can accomplish?  What’s your excuse?